So this post is our light-hearted view of Paris in France.

It has some of the interesting stuff, a few trivial facts, and our thoughts on this enchanting city of love.

Let’s start with the Truths about Paris

Paris is the beautiful capital city of France, located in the Île-de-France region. It elegantly embraces the banks of the River Seine.

The spectacular city of Paris just oozes charm and charisma. There are so many ancient sights to visit, museums to immerse yourself in, and the breath-taking skyline will win me over every day.

The first settlers in Paris were the Celtic Tribe, Parisii, who built a fortified settlement on the Île de la Cité; in the 3rd-century BC. The name Paris is derived from these inhabitants.

The imposing Arc de Triomphe, which stands on the Place Charles de Gaulle, was commissioned in 1806; however, it was not completed until 1836. It was built to honour those who fought and died in the French Revolutionary and Napoleonic wars. The magnificent Triumphal Arch has twelve avenues leading off, and within its vault lies the tomb of the Unknown Soldier.

The incredible architecture, the grand squares and boulevards and the striking bridges ensured that the Banks of the Seine became a UNESCO World Heritage Site in 1991.

In 1682 Versailles became the de facto capital of France as Louis XIV transferred his seat of court to the Palace of Versailles.

The official centre of Paris, known as Kilometres Zero, is located in front of the main entrance to Notre-Dame cathedral.

Where's Paris in the world?

Paris is the perfect location for a mini-break. There is so much to see and do in this stunning city you’ll be returning time and time again; a few days is certainly not enough.

Paris is relatively flat, which makes it easily navigated on foot. In my opinion, strolling around is always the ideal way to discover a city, especially one like Paris. Paris has so many delightful squares, parks, gardens, and charming lanes to explore. 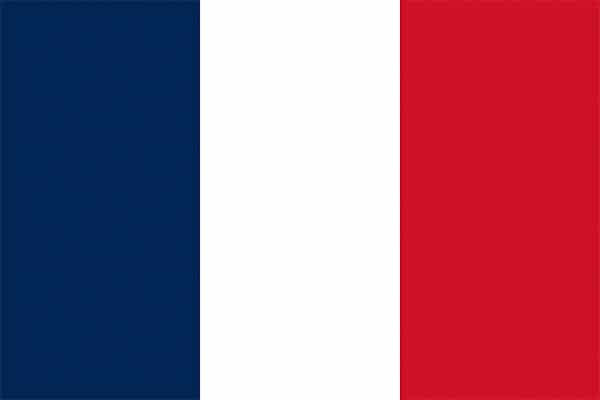 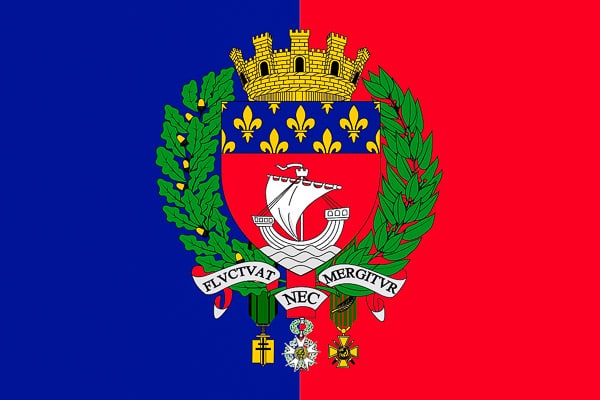 Regarding Paris, with its alluring air of romance and overflowing culture of Parisian street-side cafés.

Patisseries
Wow, I defy anyone that can stroll past a scrumptious patisserie and not sneak a peek. The window displays just entice you in with their mouth-watering and delicate sweet treats.
Café Culture
There is such an incredible mix of cuisine available in Paris from all regions of France. However, at times, just sitting at a little street-side café watching the world pass by is idyllic.
Haute Cuisine
Paris is renowned for its haute cuisine, high-class elegant restaurants, meticulous attention to detail and impeccable waiters. Indulge yourself and choose one from the Michelin Guide.
Fromage
Whenever we visit France or Paris, we enjoy nothing better than just relishing the simple dish of bread and cheese. The French are masters at this.

If you've yet to discover the beautiful architecture in Paris, and the pleasure of strolling along the River Seine at sunset, then you're in for a treat.

I find DK Eyewitness travel guides invaluable, they're extremely informative, easy to follow, and the pictures and maps tempt you into discovering more.

We used a previous version of this book to plan our Paris adventure, now you can grab the revised copy.

Strolling the River Seine
There is something so special about strolling the banks of the River Seine and crisscrossing the bridges. The Parisian skyline with its stunning architecture is breath-taking.  Or, alternatively why not take a river cruise?
Arc de Triomphe
The Arc de Triomphe is incredible to see, particularly as you stroll along the elegant tree-lined Champs-Élysées. Head to the top and enjoy the panoramic views across the rooftops of Paris.  You can always skip the queue with these tickets.
The Islands in the Seine
The Île de la Cité and Île Saint-Louis are two charming little islands in the middle of the Seine. I could while away hours exploring the cobbled lanes.
Eiffel Tower
Would a visit to Paris be complete without scaling the dizzy heights of the Tour Eiffel? This glorious icon cannot be missed.  Why not take a guide tour and skip the queue?
Parisian Museums
Paris has some captivating museums, and although The Louvre has some astounding pieces of art, I do love visiting Musée d'Orsay.  You can pickup a Paris Museum Pass for 2, 4, or 6 Days.
Montmartre
The district of Montmartre is a fascinating region to walk around. Visit the Basilica of Sacré-Coeur, stroll the delightful, cobbled streets and keep a lookout for the street artists. A short hop from here is the birthplace of the Can-Can, the Moulin Rouge.  Why not try a Sacré-Coeur and Montmartre Tour with an expert guide?
Relaxing in Les Jardins
Paris has so many delightful gardens, it’s a perfect excuse to stop and take the weight off your feet. I especially liked Le Jardin du Luxembourg & Jardin des Tuileries.
Notre-Dame de Paris
Although Notre-Dame suffered a devasting fire in 2019, it is still a sight to behold. Painstaking work is being undertaken to ensure she is open again in Spring 2024 in time for the Summer Olympics.
Visit Père Lachaise Cemetery
It may not be to everyone’s taste. However, I loved strolling around Père Lachaise and researching the history of the incredible stories that lie behind the headstones.  You can always take a walking tour and discover some of its most famous residents include Edith Piaf, Jim Morisson, Chopin, and Oscar Wilde.
Canal Saint-Martin
For something a little different, hop on a canal boat trip and relax and enjoy the Canal Saint-Martin. Weaving through a quiet part of Paris and passing under charming footbridges.
Don’t forget to have a peek at our post '15 ways to allure you to the beautiful city of Paris.'

The Da Vinci Code
The incredible actor Tom Hanks stars as Robert Langdon in this 2002 mystery thriller around the streets of Paris. After the Louvre curator meets an untimely death, Tom Hanks and Audrey Tautou set off on a quest for the Holy Grail.
Moulin Rouge
The 2001 Baz Lurhmann movie starring Nicole Kidman and Ewan McGregor is filmed around Montmartre and the pulsating Moulin Rouge. The energetic musical is set during the French Bohemian Revolution
Mission: Impossible - Fallout
Ahh, yes, Ethan Hunt and his high-octane team returns. Filmed partially in Paris, Tom Cruise is on the trail of missing plutonium with the Apostles hot on his heels, giving way to car chases, explosions and fast-paced fun.
Amélie
The 2001 Jean-Pierre Jeunet film starring Audrey Tautou is a delightful feel-good movie. After living a sheltered life, Amélie embarks on whimsical adventures and brings happiness to others in the strangest of ways.

- As a little bit of indulgence, we stayed at the luxury hotel Melia Paris Notre Dame, in the beating heart of Paris. Just a short stroll, and the magnificent Notre Dame is on your doorstep to explore.

And our thoughts on Paris

Paris is a stunning city, and no matter how many times we visit, there will always be more to discover. Exploring the less apparent locations always adds an element of fun.

After all, Paris is France’s capital city, it is always going to be a little pricey. If you’re on a budget, seek out the local side-streets away from the main tourist spots, and there are some great cafés and bistros to be found.

Some of Paris’s most magnificent can be experienced by ambling the historic lanes.

What's it like discovering the city? Is it walkable? do you need to use public transport? did we leave with weary feet?

We walked everywhere in Paris except to Montmartre, where we caught the Metro. It is easily walkable and reasonably flat. Just plan your days out to cover specific districts each day.

It has to be strolling the banks of the River Seine and admiring the striking architecture. Visiting the riverside booksellers and artists and hopping into a street-side café.

This is difficult as I would return tomorrow, although personally, I would avoid the summer months; springtime is perfect, and the sights are less busy.

Now this is hard, it has to be the architecture, the food & drink and a certain 'je nais se quois'.

I enjoy sitting down in a cafe at the end of the day, enjoying a carafe of Vin rouge, reflecting on the experiences we've had. Add a touch of Edith Piaf, and I'm in heaven.

Not sure, I really enjoy the city. The sometimes surly waiters can be won over by my Franglais, and you end up with smiles.