So this post is our light-hearted view of the Champagne region of France.
(Officially in Grand Est)

It has some of the interesting stuff, a few trivial facts, and our thoughts on this beautifully lush land of bubbles.

The open roads await, pop in your location details then Rental Cars will search well-known car hire brands and discover the deals that suit you the best. Have a peek at the latest offers from Booking.com, our preferred hotel booking website.
Booking.com
Search for your flights in one easy place with ebookers.com and open up a world of options. Over 400 airlines are scanned for your favoured routes and chosen dates.

For more information, why not check out the Champagne & Ardenne Tourism website.

Let’s start with the Truths about the Champagne region of France.

The Champagne vineyards are nestled within rolling hills in the northeast of France.

Once ruled by the Counts of Champagne this region became a province in 1314. However, it can trace its vineyards back to Charles the Great, when Charlemagne encouraged the planting of vines.

The city of Reims and its UNESCO Cathedral of Notre-Dame played a pivotal role in French history. Reims Cathedral was the ceremonial location for the coronations of the Kings of France.

On 1st January 2016, Champagne-Ardenne merged with Lorraine and Alsace to create a new region. This was given the very lacklustre name of ‘Grand Est’.

The patchwork of rolling Champagne Hillsides, Houses and Cellars is now a UNESCO World Heritage site.

The Champagne wine harvest is controlled by Institution Comité Champagne. They instruct the Domaines on which date the grape picking will start. In 2018, the wine harvest began on 25th August, which became only the fifth vintage in the last 15 years to commence in August.

Touring the Champagne region of France is a delightful holiday all year round. We highly recommend embarking on a road trip around the lush countryside. However, basing yourselves in Reims or Épernay makes for an ideal mini-break. 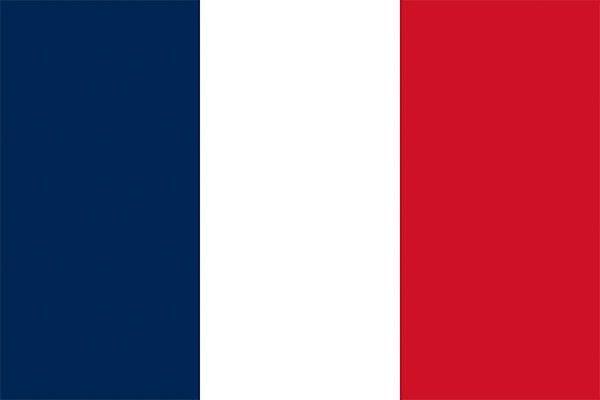 About Champagne the effervescent region of France.

Yes, this has to be “top of the pops”. There are plenty of Domaines to choose from. Try one of the smaller Champagne houses, they are equally as good as some of the big boys & girls.

This crispy pink finger-shaped biscuit was created in Reims in 1690. Traditionally it is dipped into your Champagne, I couldn’t bring myself to do that, that would be sacrilege.

I can honestly say I didn’t try this speciality, although, Gary did. This pork intestine sausage is not for the faint-hearted, the smell alone made me gag.

This creamy soft cheese can be found in many places throughout France. However, an AOC cheese should be matured in specific regions a few of which are in Grand Est.

If like us, you love visiting different regions of France then this Michelin guide will definitely assist in your planning.

We used a previous version of this book to plan our eastern France road trips, now you can grab the revised copy.

Head off on a mini road trip through the patchwork of vineyards. Winding your way through the tranquil tiny villages dodging the long-legged tractors.

Whether you’re in Reims, Aÿ or Épernay, book yourself onto a Champagne House tour. You’ll discover the art of Riddling.

Meander around the streets of Reims and explore the 800-year-old Cathedral Notre Dame. Here you’ll also stumble upon beautiful Art Deco architecture, the triumphal arch of Porte de Mars and The Reims Manège and Circus

Visit the historic, picturesque town of Troyes and stroll amongst the 16th-century half-timbered houses.

Keep an eye out for a ‘clos’ this is enclosed walled vineyard and often housing the crème de la crème in the grape world.

In Verzenay not only will you discover the Phare de Verzenay (lighthouse), but you’ll also spot a windmill. Moulin de Verzenay os owned by the Champagne House G.H. Mumm.

And our thoughts on Champagne?

I love this region of France; there are so many charming towns and villages with such fascinating history. There’s still more for us to discover.

There will always be tourist spots that appear to be pricey; however, look out for where the locals eat and drink.

Nonetheless sitting in a bustling historic city square, sipping a glass of wine and sampling the regional fromage is hard to beat.

Behind the wheel - the driving karma

Our experience of driving in France is pretty good, and the Champagne region was no different. As usual, you can often wonder where is everyone - the back roads can be spookily quiet, and we found the tractor drivers very respectful.

It has to be touring through the vineyards, across the remote French countryside and winding our way through peaceful empty villages.

I’m struggling to think of a negative as France is one of my favourite countries to visit. From a locals point of view, it’s probably my pidgin French.

I suppose it's wrong to pick the disused historic race circuit of Reims-Gueux, just outside the city of Reims. Troyes is always lovely, and the visit to a Champagne house.

I have to be honest, and I was a little disappointed with Reims. Part of that was my expectation, but the restoration of the Subé Fountain & La Porte de Mars, plus bits that needed repair like the beautiful art deco old theatre.

Inspired to visit the Champagne region of France?

Grab your overnight bag, pack up the car and let’s start planning.