So why by car?

A reasonable question when you consider you can easily fly to the larger cities in Germany, and you can get to a few by rail through Eurostar in the UK, but there's a change required. There's also the organised coach trips that take you straight to some of the closer markets for a day trip.

Well for us the real reason is what we can bring back.

Over the years our collection of Käthe Wohlfahrt has grown year by year, but so has the more delicate items like those glass tree toppers & Christmas baubles bought from the markets.

Then there's the Aachen Printen, wonderful gingerbread like biscuits & other things you're going to want whilst wandering the markets. I'm sure bringing back that gingerbread house you fall in love with is going to be a challenge in your hand luggage.

Where would you recommend?

It has to be Cologne. 2018 marks our 11th visit to the city for the Christmas markets - you notice I say markets yes Cologne has 7 markets, plus there is so much more to experience in this city - check out - 'The 10 things to do in Cologne other than the Christmas markets'.

We shared our memories up to 2015 in Bratwurst & Baubles, Cologne at Christmas plus I created a gallery for some of the other images I have collected over the years.

Want to make more of you stay in Cologne?

If Cologne is the city for you, and you fancy some further reading to ensure you don't miss a thing, grab your travel guide and start planning.

So how easy is it?

I'd have to say very. We live in the South East of the UK, 45 minutes from Le Shuttle so we leave home at 6:30am, and we're cupping our first Gluhwein at the Dom Christmas Market by 2:30pm, and that's with losing an hour as we move from GMT to CET.

I know we are lucky to live so close to the Eurotunnel terminal, and the options will vary for each of you, so I will focus on the journey from Calais. Believe me it couldn't be easier considering you are travelling through 4 European countries. 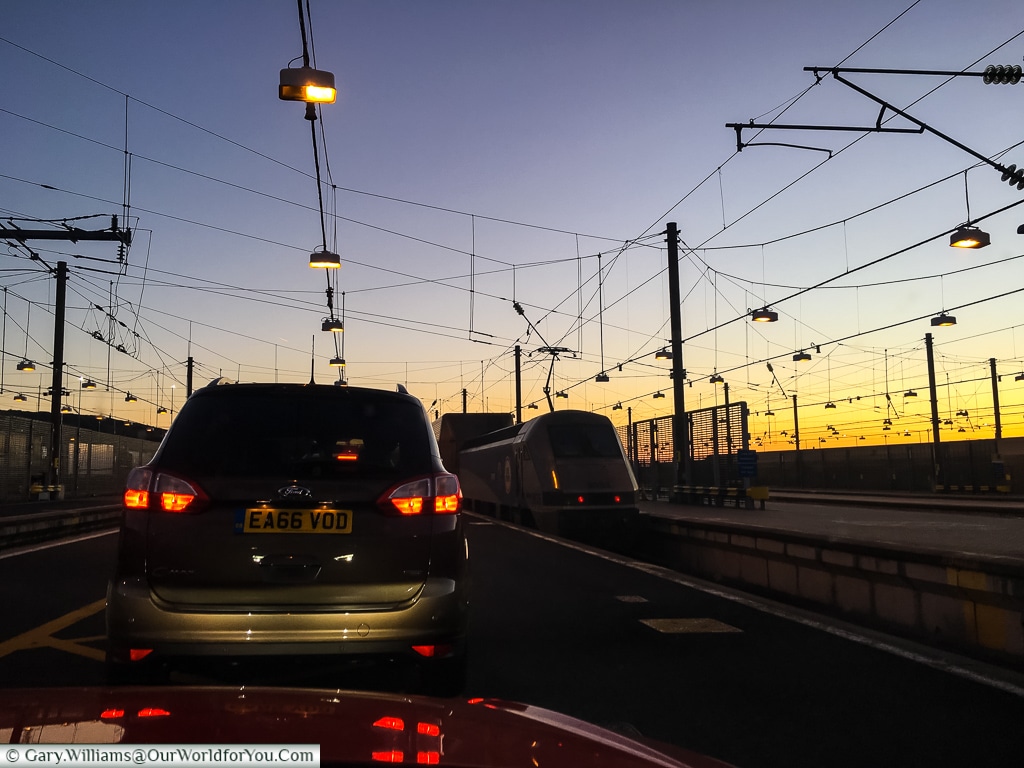 As you filter off the shuttle and head towards the A16 you will be on motorways for 98% of the 257mile (413km) journey with only the last 4 miles (6.5km) being urban roads. If you're using your Sat-Nat/GPS then I have a couple of tips for you.

So I said easy, in essence you are only on 2 motorways (okay, they change names as you switch between countries, and have to tackle the Brussels orbital/ring road. )

Be aware that some German towns and cities have Low Emission Zones. Therefore, you will require a sticker for the windscreen of your car, to signify which category your car emissions fall into.

We found the following websites useful, also you can apply online in advance for the sticker for €6. The Urban Access Regulations in Europe details all the European emission zones and the Senate Department for Environment is where you can purchase you Germany LEZ sticker.

So here's the breakdown

Here's my first Sat-Nav/GPS tip for you

The traffic around Brussels can get sticky, and you may be advised to go via Antwerp - unless the ring road is closed I would stick with the Brussels route.  I have never been through Antwerp without horrendous delays so my experience now tells me better the devil I know.

Indeed, it's not until you take the Brussels orbital via the E19 that you need to turn off the motorways since joining at Calais. After 12.5miles (20kms), which can be busy & slow at times, you re-join the E40 briefly before departing for the E314 and passing Leuven (If you recognise the name it's because if you have drunk a Stella Artios or two in your time - it's the birthplace of the reassuring expensive lager.) 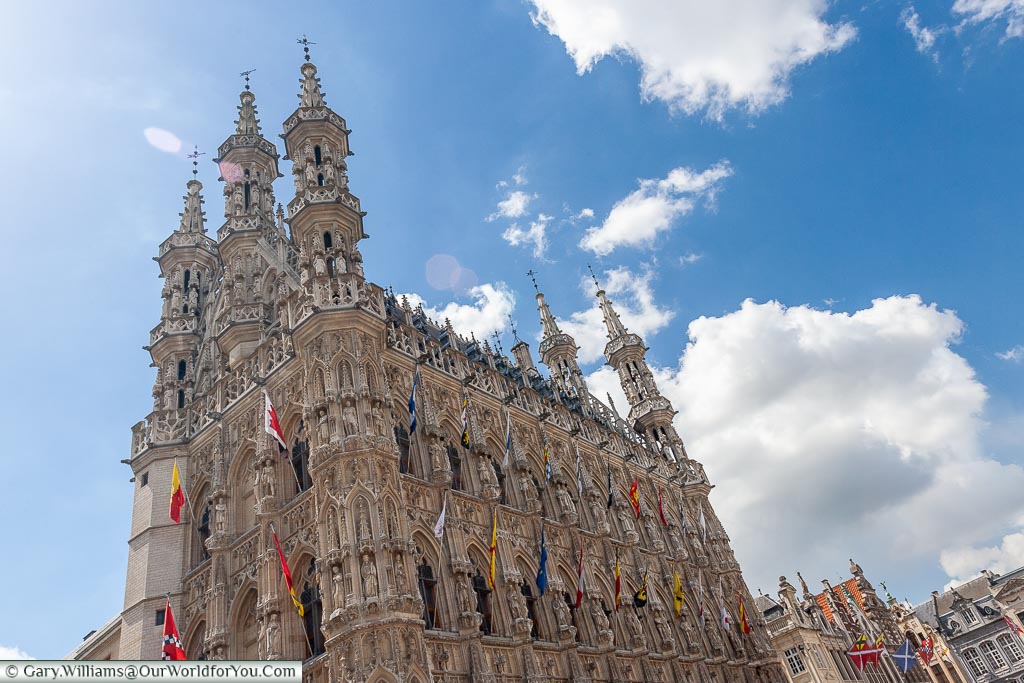 This road will take you all the way to Cologne, but be renamed A4 once you enter Germany. However, before you enter Germany you will cross through the southern tip of the Netherlands (or Holland), and pass by Maastricht. Your time in the country is all too brief, just under 16miles (27kms) before entering Germany. You'll pass by Aachen, home of the gingerbread I mentioned earlier, with its own Christmas market too.

The A4 is an Autobahn, but do not expect a fanfare, or to be transferred to a gleaming asphalt reminiscent of a modern Formula 1 circuit. There’s no sign to say ‘pedal-to-the-metal’ or its German equivalent. Indeed most people will happily bowl along at 75mph (120kph) which they have been, all through the Netherlands. However you will notice the odd motorist pass at much higher speeds – just warning you. If you wish to enjoy the freedom the Autobahn gives you then beware, and make sure you obey all other traffic laws, and note there are sections, normally around junctions, where a speed limit is in force.

Germany has been improving its roads so do expect to see delays & roadworks, indeed the last few miles into Cologne are dogged by improvement works being carried out.

This is where I may become controversial, these are just my opinions. As I said this is a journey of 5 countries if you include the UK.

Firstly leaving the Eurotunnel facility, and heading onto the A16 is easy, just follow the signs for Brussels (or Bruxelles as you'll see it in French). I find driving in France a breeze, driving standards are really good, with good lane discipline. Once they overtake, they pull in again. It can be frustrating as one lorry inches past another at around 56mph (90kph), but the French section of this trip is just 40 miles (64km). Then you hit Belgium.

Belgium is the longest section of the route, and once you swing by Bruges is relatively straight until you reach Brussels. Some sections of the tarmac are tired, but the biggest issue is the unfortunate habit of tailgating. I mean when you look in the rear view mirror and you cannot see the headlights of the car behind it's clear it's too close. This treatment is not just reserved for guests to the country, it happens frequently. You can see it's an issue as there are boards at the side of the road advising to leave a gap. I will bookend this contentious comment with an observation that I believe I have seen improvements over the years, but it still happens.

It's also worth noting that as you exit Brussels to the east, the situation appears to improve, and by the time you hit the Netherlands you've forgotten about it.

Once you hit Germany you notice the occasional driver making use of the Autobahn, the rest understand the compromise between pace & fuel consumption, so on the whole 80mph (130kph) is closer to the norm.

In town driving is good and Cologne, like so many European cities, has an extensive tram network, but that's not a real issue.

Well there's no toll roads on route so it's shuttle costs, fuel & parking.

The shuttle cost rise as you get closer to the date of departure, so the advice is book early, the same is true of accommodation too.

Why not cheer yourself up in January and plan a trip to the Christmas markets for December?

I park centrally, underneath the Dom Market, and that costs around £20 per day. However where you park largely affects that cost.

Finally fuel, it depends if you enjoy the Autobahn, watch the fuel gauge move as you push the speed up. Other than that, exchange rate dependent, it's pretty much the same.

I love nothing more than planning a trip and so often I use the DK Eyewitness books.  I find them  extremely informative, easy to follow and the pictures and maps tempt you into discovering more.

We used a previous version of this book to plan our Germany road trips, now you can grab the revised copy.

Is there anything else I need to know?

Winter tyres - It is the law to have them fitted in wintery conditions according to the AA, although it doesn't specify a date on the site. Germans I have spoken to tell me it's from the 1st December, so it looks to be compliant you should have winter tyres fitted. I think it's a great idea as the tyres work well in all conditions over winter including cold, but dry roads, heavy rains as well as ice & snow. You'll notice how these countries don't grind to a halt every winter.

Having said that, have I had winter tyres fitted every year - eeerrmmm no comment. I have seen the Police whilst filling up with fuel in Germany and they don't run across to check my tyres, that's all I am saying.

I would expect if I was involved in an incident it may be a different matter.

Enjoy yourself, fill your car up with Christmas goodies and make it all worthwhile.

On the return journey consider popping into one of the destinations you pass by and pick up a later shuttle - you know it makes sense.

Enjoyed the driving to the Christmas markets? - It's so interesting to see how different nationalities drive.  Have you tried more than one location?  Did it work for you?

Inspired to drive to your first Christmas Market?

We'd suggest Cologne, it is our faourite, but we're always trying something new.

You can checkout the latest deals on Booking.Com? 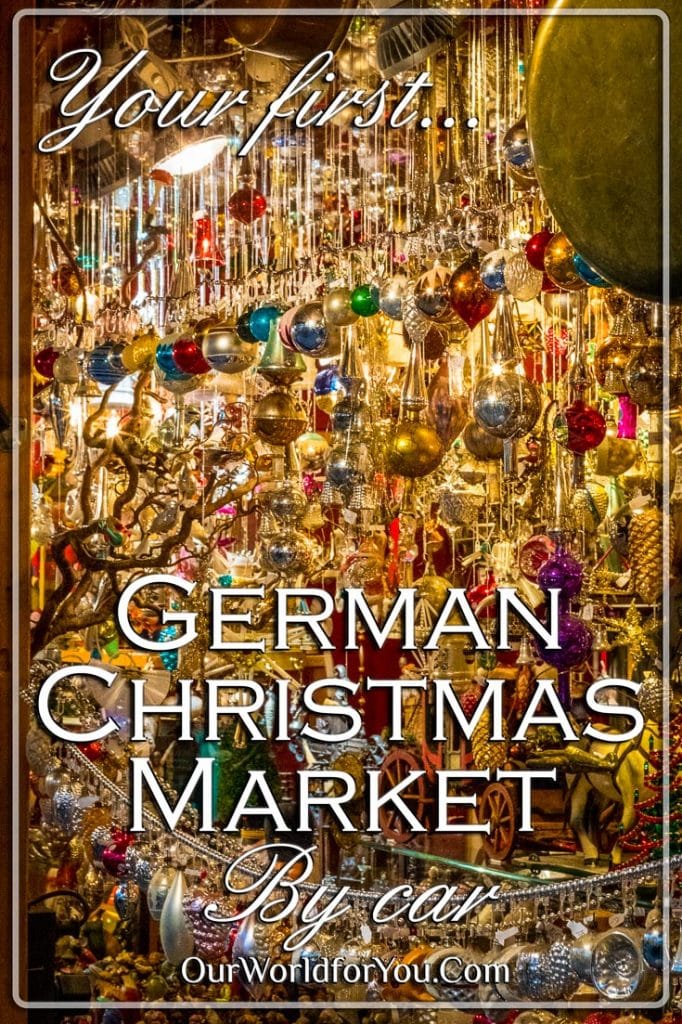 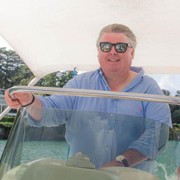